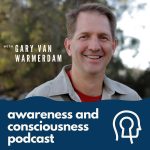 Awareness and Consciousness Podcast
#24: Fear and origins of the financial crisis

I cover how to use awareness to break free of fearful resistance to taking action. Just for fun I also get into understanding origins of the financial crisis. Credit default swaps, lobbying by banks to lower their equity reserve requirements, and speculation is not what caused the financial bubble and subsequent meltdown. These changes in the direction of the economy were actually the results of something else, a system of beliefs based in illusion, and propped up by faith. The problem with bubbles, financial, romantic, or otherwise, is that they originate in the mind as illusions. With enough faith in those illusions we create irrational exuberance, and people lose their commons sense to the hype of emotions generated from being overly optimistic.

Preventing future bubbles will not depend on good laws and government oversight, although that should help. What is really needed is a dose of awareness and skillful skepticism at what is going on in the realm of the imagination in terms of assumptions and beliefs. Skip becoming aware of how your mind creates illusions and we follow self destructive behaviors at your own peril.

It wasn’t just the general public that was caught in illusions. The lobbyists, investment bankers, legislators, were in a world of assumptions when they put laws into place. Unless of course you believe in those conspiracy theories that purport that high level banking types had a master plan in the meltdown. In which case I propose to you that they were lost in even more subtle, and deeply fear based set of illusions.